a day in which I was an awesome snuggle monkey

Some days we struggle. We have mis-starts, sibling squabbles, disagreements and plans that go awry, but yesterday was not one of those days. Yesterday had flow and momentum. Yesterday was full and sparkly, without being overwhelming. Days like that are worth celebrating, even in their ordinariness. Aaaah, yes.

We met another homeschool family at the library (a couple of towns over) for knitting group in the morning from 10 til noon. The older kids and adults crafted and chatted, the middle-ish ages played with Legos quietly in the back of the library, and the young'uns participated in storytime/crafts/played at the park outside. We stopped at another library on the way home to pick up holds and check out more books.

We heated up soup for a quick lunch at home and then headed back out to drop off Camille at the public school for band. After band, Camille walked over to (yet another) library for book club. They also made plans for a creative writing group to meet occasionally throughout the summer. While Camille was busy, Sylvia, Ayla, and I treated ourselves to root beer floats and fried cheese curds (so Wisconsin-y!). 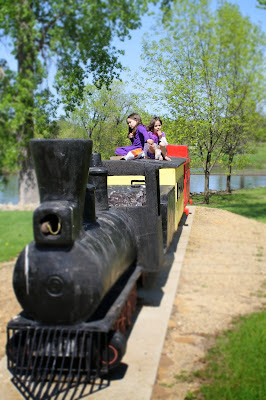 snacking atop a train 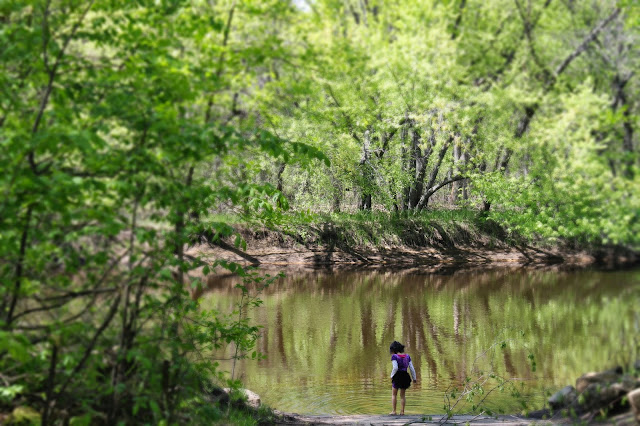 Then, we stopped at a stream just out of town where Sylvia and Ayla like to go "clamming" (playing in the mud and looking for shells). 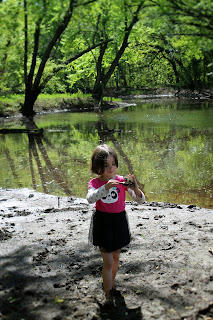 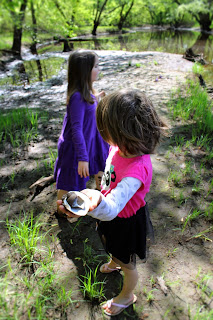 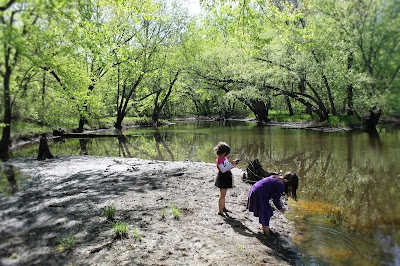 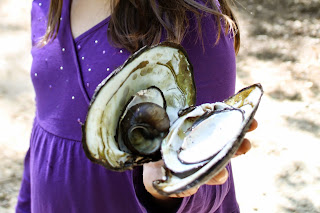 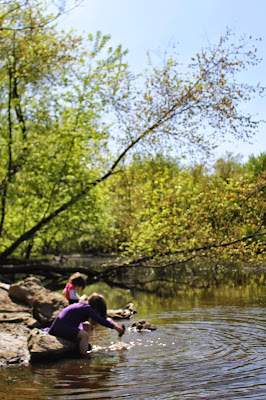 We spent some quiet, respectful moments at a Native American mound site. 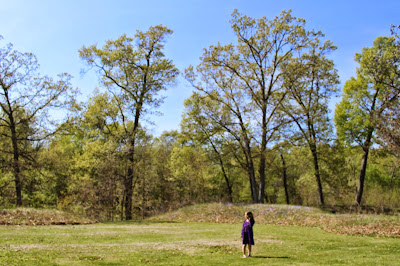 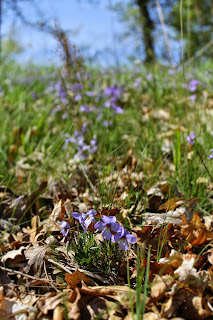 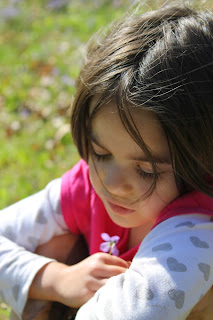 After picking up Camille and eating a quick dinner at home with Papa, we headed to the Kickapoo Valley Reserve for a community education program on bats. The free program included snacks and wine, socializing, an in-depth presentation on bats in Wisconsin, and an up-close encounter with a big brown bat (local to Wisconsin) and two straw-colored fruit bats (indigenous to Africa). As we were leaving the nature reserve at dusk, we saw a bat flying overhead. 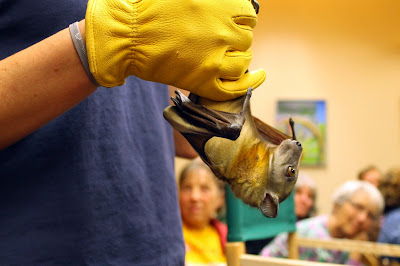 After a twelve-hour day of engagement and activity, we were ready to wind down shortly after getting home. As Ayla snuggled with me in bed, she said sleepily, "The reason I chose you to 'born' me is because you are the best snuggler of all the snuggle monkeys." I just giggled and thanked her for choosing me, but she was already asleep.

Camille came in moments later to see if she could snuggle with me, too, and I quietly told her what Ayla had said. After we giggled together for a bit, I jokingly asked Camille why she chose me to 'born' her. She said, without a pause, "because you're awesome. I think everybody would want you to born them if they could."

That is the last thing that I expected my moody, oldest daughter to say. I didn't actually expect a response at all, but this was the melt-my-heart icing on top of our perfect cake of a day. This is what I want to remember when I am doubting myself and my parenting and my entire role in this confusing world. We all have tough moments and disappointments and reasons to wonder if we are doing the right thing, but some days at least, I am an awesome snuggle monkey, and that is enough.

Posted by verdemama at 5:49 PM

I love hearing what you have to say. Leave a comment?

verdemama
I am Nikole, mama to three lovely and lively kiddos. Cam is 14 years old, Sylvi is 11, and Ayla is 8. This blog is generally a chronicle of our country-living, respectful-parenting, joy-seeking, radical-unschooling life. It is a swirl of fun, learning, and creativity, all in a ragamuffin style ;-)

Promote Your Page Too